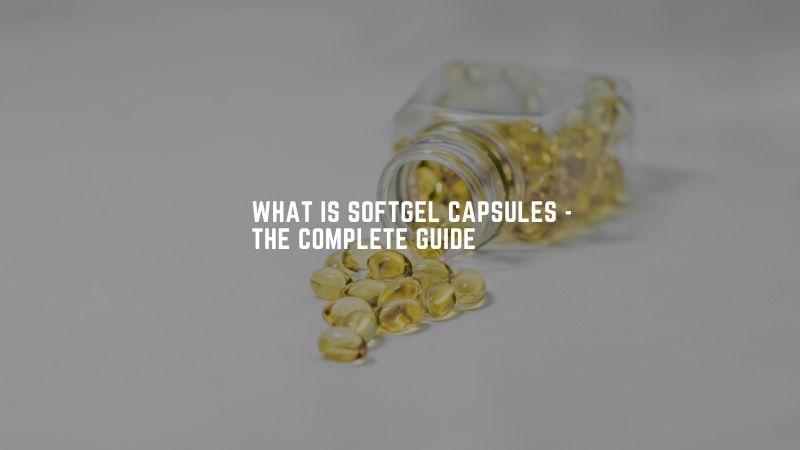 A softgel capsule is an oral dosage form that contains a liquid or powder inside a soft, gelatin-based shell. It employs special ingredients like glycerin to serve as holding agents for the contents.

In the recent past, most drugs are available in soft gelatin form. This is due to a number of reason such as:

i. Compared to the traditional tablet, softgel capsules allow for improved homogeneity of dosage units, suitable for lipid-soluble medicines.

ii. Dispersion of the medicine in softgel capsules can be enteric, sustained or immediate.

iii. Hermetic sealing of softgel capsules makes them suitable for volatile medications and those susceptible to oxidation.

iv. It facilitates the drug’s rapid dissolution and dispersion.

vi. Softgel capsule manufacture has a high level of repeatability compared with other dosage forms such as powdered tablets.

vii. Softgel capsules offer a convenient dose form for administering liquids that are unpalatable or greasy.

viii. These capsule types is a better form of dosage for liquid-based medications than a tablet.

Even as you opt for Softgel capsules, there are a number of challenges you will deal with. Let’s have a quick overview of the challenges:

iii. The medication compositions containable in this dosage form are restricted to liquids and semisolids.

iv. The water content in the soft gelatin shell may destabilize medications sensitive to moisture in soft such capsules.

The shell of a softgel capsule is primarily made of easily soluble liquid ingredients. Contrarily, hard gelatin capsules have shells that primarily contain powdered or minuscule pellets for medication.

i. A softgel capsule can easily disintegrate unlike a hard gelatin capsule.

ii. A softgel capsule has a higher gelatin to plasticizer ratio than a hardgel capsule.

iii. Encapsulating liquid and semi-solid formulations in softgel capsules is easier unlike with hard gelatin capsules.

viii. Softgel capsules come in a variety of shapes while hard gelatin capsules are always cylindrical.

ix. Softgel capsules have a higher water content unlike hard gelatin capsules making them unsuitable to formulations susceptible to moisture.

x. The softgel capsule wall is soft and supple, in contrast, hard gelatin capsules have a firm and rigid containment.

xi. When compared to hard gelatin capsules, softgel capsules dissolve more quickly upon ingestion due to its constitution.

Factors Influencing Use of Softgel Capsules as Dosage

The following factors influence use of soft gelatin capsules as a dosage form:

i. Better Dosage Form for Medicines with Low Melting Points and Oily Formulations.

Softgel capsules are preferable where medicines have very low melting point that proves challenging to present as a solid dosage.

The consistency in the accuracy of softgel capsules formulation is ideal even for highly concentrated drug formulations with sensitive prescriptions.

Softgel capsules easily dissolves into the digestive tract thanks to its soluble form overcoming the disintegration difficulties of solid dosage forms.

v. Reasons for Safety in Case of Strong Medications

Production of tablets and hard gelatin capsules can result in sizable amount of airborne particles. For health and environmental concerns, this could be a problem especially for cytotoxic chemicals. Hermetic sealing done in softgel capsules reduces such exposure to the drug both in dispensing and usage.

Let’s look at some of the key ingredients in soft gelatin capsules:

It is the main ingredient and is available in different formulations consisting either an alkali or acid base process. The grade of gelatin used and the plasticizer content influences the gelatin shell qualities.

When going for aesthetics or encasing a photosensitive medication, using a colorant and/or opacifier such as titanium dioxide suffices.

These maintain sufficient flexibility of the capsule, lower the shell’s temperature of glass transition and/or encourage moisture retention e.g. glycerol.

Preservatives such as methyl and potassium sorbate inhibit bacterial development and mold formation during storage.

The water content of a softgel capsule is typically between 30–40% and determines the capsules flexibility. The desired gelatin grade’s viscosity determines the ideal water quantity with about 0.7 to 1.3 water for every dry gelatin part.

You can employ other additives such as flavoring agents and sweeteners to enhance the taste of your softgel capsules.

Is a stainless construction consisting a pressure gauge, regulator and security valve useful for safe holding the softgel capsule ingredients.

The chilling system includes a chiller, a feedback system, a burner, and frequency drivers. Its primary function is to cool fluid to get it ready for the heating process.

Consists of a stainless steel construction whose function is to heat the gelatin substance into a semi-solid for mixing purposes.

This equipment blends the softgel capsule ingredients together in a vacuum into the required ratios to produce a consistent strain.

Is an electromechanical device used to fill soft gelatin shells with liquid or semi-liquids substances in an airtight manner.

This equipment refines the softgel capsules’ surface into an appealing finish to conceal processing surface defects and for marketability.

Manufacturing soft gelatin capsules is a step-by-step process. Some of the key stages are:

Gelatin is essentially a protein extracted from a variety of sources such as animal skin and bones. In preparing the gelatin, it is necessary to select the ingredients in their proper ratios.

A combination process follows where you mix the powdered gelatin and ingredients with water, colorants and plasticizer. Heating the resulting slurry in a melting tank results in a viscous strain called gel mass.

Transfer the gel mass to the spreader box upon attaining desired consistency, cooling process and finally a die roller system.

This step is dependent on the desired softgel capsule content and entails the creation of a non-aqueous paste for encapsulation. Equipment such as mixers, processing tanks, mills, and homogenizer are necessary.

You may need heated and unheated transfer tanks for gelatin and fill material prior to encapsulation. Material flows via a tube to the from injection wedge from the hopper.

Encapsulation involves transforming the combination of the gel mass and fill material to form a softgel capsule. Die rolls in continuous rotary motion combine the ribbon pairing of gelatin into the desired capsule shape.

Elimination of the softgel capsules is via a discharge chute employing bristles to removes any stuck capsules on the die roll. They then transfer to the gelatin web via stripper rollers.

The drying process employs a tumble dryer which eliminates moisture from the gelatin shell for hardening purposes. Further drying is undertaken by placing the softgel capsules in a drying tray.

Here, you inspect, clean and sort the softgel capsules to ensure no damaged capsules enter the packaging process.

Soft gelatin capsules are available in different shapes and sizes as follows:

How to Check Quality of Soft Gelatin Capsules

Evaluation of the quality of soft gelatin capsules is possible through undertaking the following tests:

Visual inspection can allow you to identify the physical integrity of soft gelatin capsules. Identifying a leakage for instance exhibits a failed permeability and sealing test.

The weight variation of a softgel capsule demonstrates the consistency of medicinal content. Where you have ten softgel capsules, cut each to remove the contents before dissolving the fill in a solution.

Following a half hour interval to facilitate evaporation of the solvent at room temperature, weigh each remaining shell. Determination of the net contents is by subtraction from the precut capsules gross weight while evaluating the percentages for individual ingredients.

When you ingest a softgel capsule, it should break down and release its medicinal contents into the digestive tract via absorption. This test seeks to ensure that upon intake, the softgel medication totally breaks down without any solid remnants.

The Amount of Potency and Impurities

Usually, a label indicates the amount of drug in a softgel capsule. A test to validate this amount and that of related contents is necessary to ensure conformity to the industry standards.

The purpose of stability testing for softgel capsules is as follows:

Test For the Dissolution of Capsules

The Karl Fisher titrimetry helps in determining a capsule’s water or general content and correlate it with the its drug-release properties.

Microbiological tests are necessary to check the capsules for bacterial development and mold growth. Undertaking these tests requires incubating the contents of the capsule in a medium supporting growth. Thereafter, you establish a colony count after a set period.

To ensure that dosage containers are appropriate for the packaging of softgel capsules, it is necessary to evaluate their moisture-permeation features. You can determine the moisture rate and degree by undertaking the following steps:

The efficacy of this method for determining microbial contamination depends on:

Performance of these tests is usually following predetermined storage times under defined settings. They aid in determining and confirming the softgel capsule’s product shelf life and usability.

This test is only undertaken upon mention of the content quantity and the weight variation test for the capsules is unsuccessful. It is irrelevant where the capsules’ weight match the content.

At SaintyCo, you will get high quality and efficient Softgel capsule making machines. 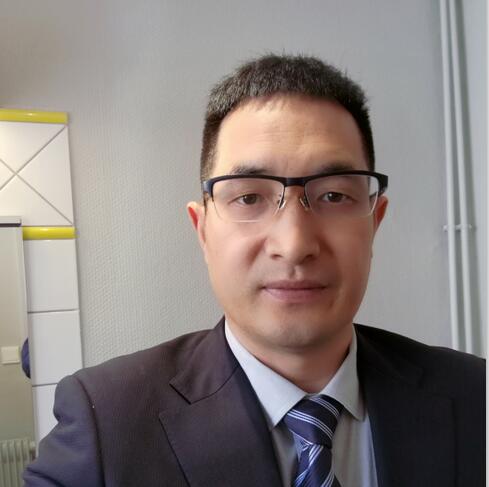